A new baseball stadium can lift the fortunes of a city, but not all by itself

When sports teams seek public dollars for new stadiums, they invariably make the same pitch: the spending will pay off by attracting other adjacent development.

And it will – provided there is ample investment in related projects other than the stadium.

Two projects in the early 2000s – in Louisville, Kentucky, and Toledo, Ohio – illustrate the challenges. Both were built with roughly $50 million in today’s dollars, paid by taxpayers. Both were downtown.

Both offer lessons as Knoxville and Knox County leaders consider whether to support businessman and University of Tennessee System President Randy Boyd’s plans for a new ballpark in Knoxville’s Old City.

Nearly 20 years later, the investments in the stadiums for the Louisville Bats and Toledo Mud Hens have been a success, but Louisville’s park helped change the trajectory of its neighborhood while Toledo’s mostly did not.

The difference? Massive additional spending, most of it public, came on the heels of Louisville’s investment, a strategy Toledo did not follow.

Smokies owner Randy Boyd is offering a third way. If Knoxville or Knox County, or both together, spend between $52-65 million for a stadium, he’ll lead the effort to cement the economic success by pouring in an additional $142 million in private money to build restaurants, retail shops and residences around the stadium.

Perhaps no one has studied the effects of minor league baseball parks on midsize cities more than Eric van Holm, who wrote his 2017 dissertation at Georgia Tech University on the topic using Louisville and Toledo as examples.

Van Holm, a baseball fan and political science professor at the University of New Orleans, found minor league ballparks alone aren’t a big enough catalyst for the kind of development that can turn an entire downtown around. They can, he found, help to redevelop an area and lead to new investment and a more vibrant night life year-round, but they won’t bring substantial additional economic growth.

A city should choose a place that is blighted where private developers can help it grow. 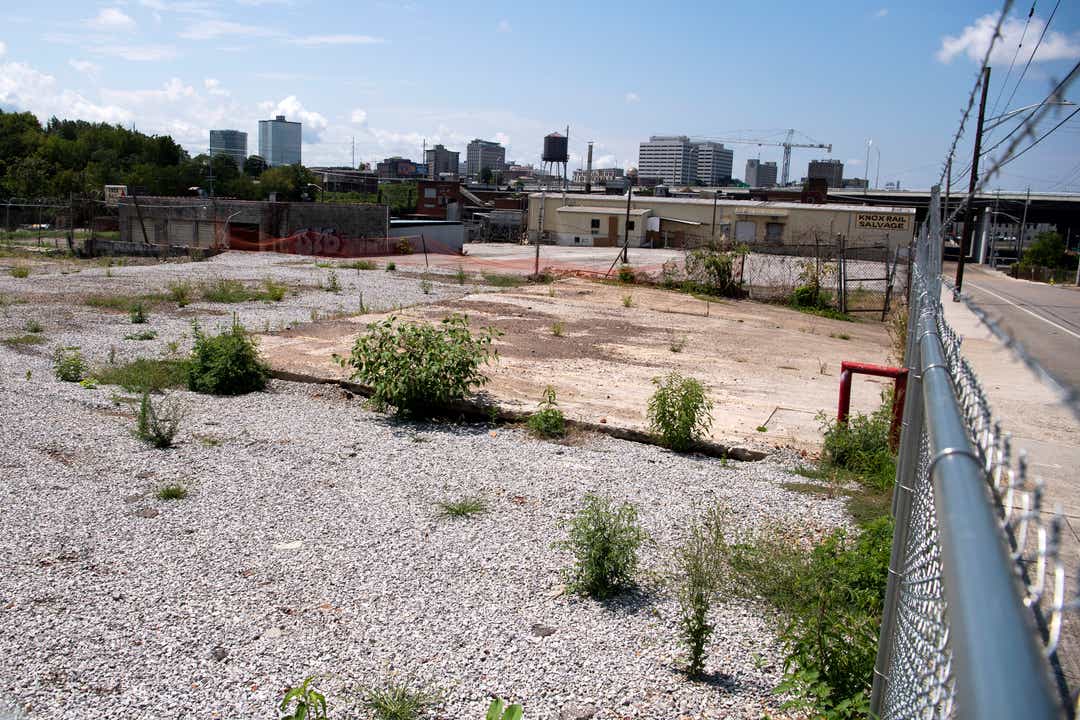 In this vein, Boyd and his unnamed financial backers are offering to provide the kind of investment – he calls it the complete experience – to go alongside a ballpark model that has had success in places like Louisville.

The key, van Holm said, is for cities to have other projects that can prop up the stadium.

“A stadium can be seen as sort of a first push for a neighborhood, but it really does need a few more pushes to get the ball over the hill and running,” he told Knox News.

Louisville did this, Toledo did not

In Louisville, the city opened Waterfront Park, fronting the Ohio River at the east edge of downtown, right before the Bats stadium opened. In the decade that followed, the city poured hundreds of millions into downtown projects, including a major renovation of the convention center, the opening of a cluster of downtown museums and the construction of a luxurious basketball arena, the KFC Yum! Center.

Major investments surrounding the ballpark helped make it a success and become an anchor point for the community, van Holm wrote.

Copying Louisville’s massive investments may not be feasible for Knoxville and Knox County, but propping up the park with other developments can go a long way.

Unlike Knoxville’s vibrant downtown, Toledo’s was deteriorating in 2002 when the city paid for the new Mud Hens stadium.

Attendance at the ballpark has been steady, the city paid the park off early and there was a smattering of restaurants and shops that sprouted up around the stadium, but substantial long-term economic impact hasn’t materialized, van Holm wrote.

The area didn’t redevelop in the first decade after it opened and parts of downtown saw declines in rent and income levels, he found.

That began to change with the opening of the Huntington Center, a sports and concert venue, in 2009 and a restaurant/event space complex that opened near the ballpark in 2016.

“While the stadium has brought visitors to the area and has led to marks of development, the stadium alone has not been a large enough driver of change to transform Toledo’s downtown,” he wrote.

Moving the Smokies from Sevier County to downtown Knoxville makes sense for Boyd, and the stars are aligning.

Consider: the Smokies have an expiring lease on their current ballpark in Kodak; Boyd owns enough land in Knoxville’s Old City for a baseball park; and Boyd and his business associates have deep enough pockets to finance a $142 million, 630,000 square-foot mixed-use baseball complex around the stadium.

Boyd is saying and promising the right things, but he’s clear he needs the $52-$65 million from the city or county to build the stadium.

Still, experts who spoke with Knox News in recent weeks warn that minor league ballparks can be risky investments. 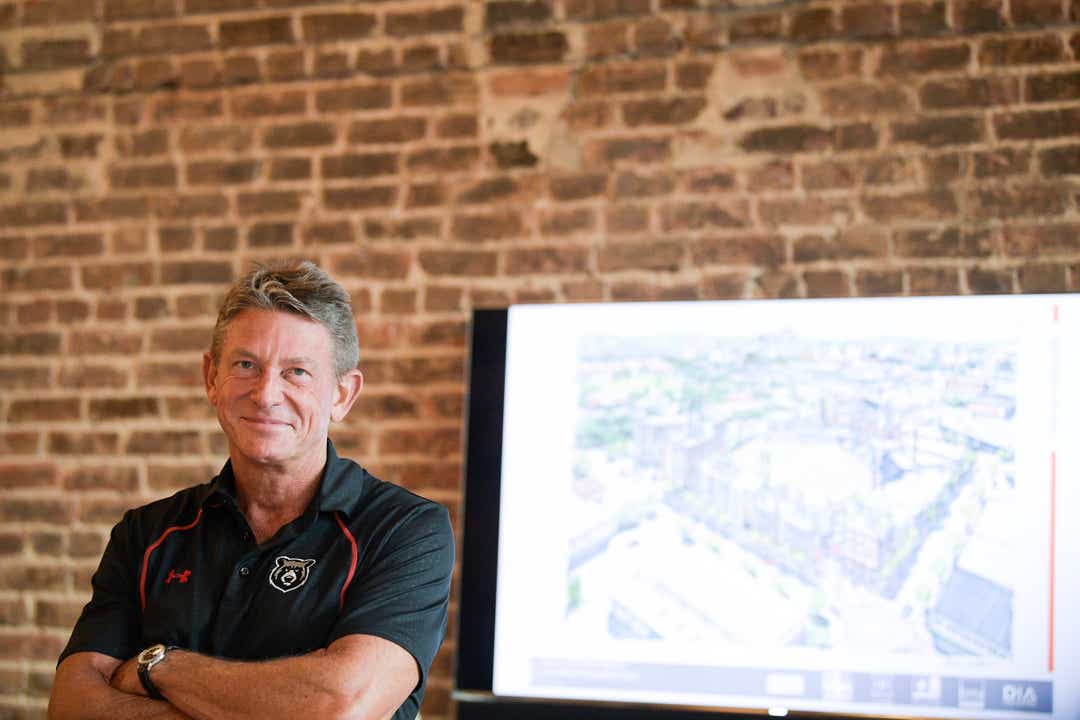 Van Holm, the political science professor, said knowing what he knows now, he doesn’t think cities should help pay for minor league ballparks, although he understands why they do.

“I think it’s pretty clearly a giveaway to the owners, and I think the better way to finance the stadium is to just charge more for the tickets and let the people who enjoy the stadium pay for it,” he said.

Mike Brady is an economics professor at Florida State University and expert on the business of baseball who played parts of five years in the minor leagues. He said publicly funded stadiums often leave cities on the wrong end of deals with debt payments and a ballpark that doesn’t change the area as much as was promised.

He called it a “risky proposition.” 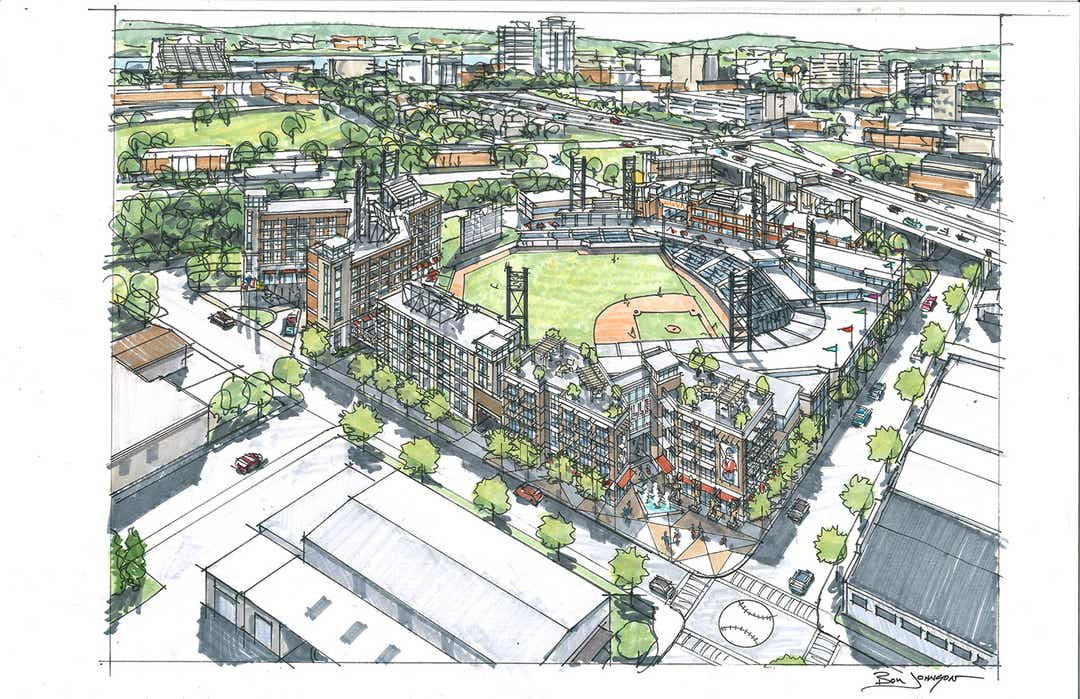 “There aren’t a whole lot of businesses – speaking from a minor league perspective – where someone else pays your key employees and their salaries and benefits (Major League Baseball pays the players) and the public provides the factory, as it were,” he said.

“I think the business model is certainly favorable to owners and that’s something the public should be aware of and leery about.”

Brady also pointed to the Smokies’ current stadium, which opened in 2000 and isn’t considered old by ballpark standards. Sevierville and Sevier County jointly funded $19.5 million for the ballpark, according to documents provided during a 2016 open records request. That investment is worth roughly $30 million in today’s dollars.

Knoxville and Knox County should consider what would happen in 25 years if the Smokies were to move again, van Holm said.

“The franchises that are selling (now) are a really good investments if you can get one,” van Holm said. “That’s in large part because you can use (the team) as leverage … and in large part what Randy Boyd is doing is trying to leverage the team into an urban development project that will profit him as well, presumably.”

Still, Boyd told Knox News the city and county would get a return on an investment and he projects the complex would employ more than 3,000 people and provide some $1.1 billion in economic impact over 30 years.

Boyd acknowledged these developments can be risky for cities. He’s trying to take away the risk by building around the ballpark.

“Nearly every other community has to woo a team, buy the land and build a stadium in hopes that economic development might come later. It always does, but there is a risk,” Boyd told Knox News. “In our case, there is a team that is open to an offer, that can donate the land, and that can even bring a major development project immediately.”

Knoxville can also look west toward Nashville and the city’s First Horizon Park, the stadium for the Triple A Sounds that opened in 2015. The project cost roughly $73 million, and, according to the Tennessee Lookout, the city has roughly $102 million in outstanding debt payments left.

The investment has largely been seen as a success – restaurants and entertainment venues have popped up around the park since it opened in 2015.

“That was the goal,” Sounds’ senior vice president Doug Scopel told Knox News. “We wanted to be the center point of the neighborhood and the community. We didn’t just want to be out in the middle of nowhere.”

But Nashville is not an apples-to-apples comparison because its population has boomed over the past 15 years, making it impossible to figure how much development can be attributed to the ballpark. Knoxville’s growth and downtown simply doesn’t compare.

Regardless of what city or county leaders want to do with financing a ballpark, their hands could be tied by the budget restraints brought on by the COVID-19 pandemic.

Knox County’s budget declined a few million dollars from the previous year, and though Knoxville’s didn’t drop, it didn’t include the robust plans Mayor Indya Kincannon hoped for in her first budget.

Beyond the money, there are questions about whether people’s habits will return to pre-COVID-19. Maybe they will. But what if they don’t?

“The mixed-use plus stadium package looks really good if the next 20 years are the same as the last 20 years,” van Holm said, “but that can’t be promised and COVID is such a huge shock to the system I can’t project what the other side looks like.”

Boyd’s plans for a stadium rely on him receiving up to $65 million in public financing to build the stadium. The rest of the proposal — a 630,000-square-foot restaurant, retail and residential complex costing $142 million — would rely on private dollars.

Boyd would include in any deal the seven acres he bought in the Old City for $6 million in 2016.

As Boyd has it drawn up, the park could host concerts and accommodate a soccer field in the outfield. It would include spaces for conferences and a public plaza for markets and watch parties.

This follows what Knoxville city officials have previously said about a stadium that could host 200 to 300 events a year.

Email Tyler Whetstone at [email protected] and follow him on Twitter @tyler_whetstone. If you enjoy Tyler’s coverage, support strong local journalism by subscribing.