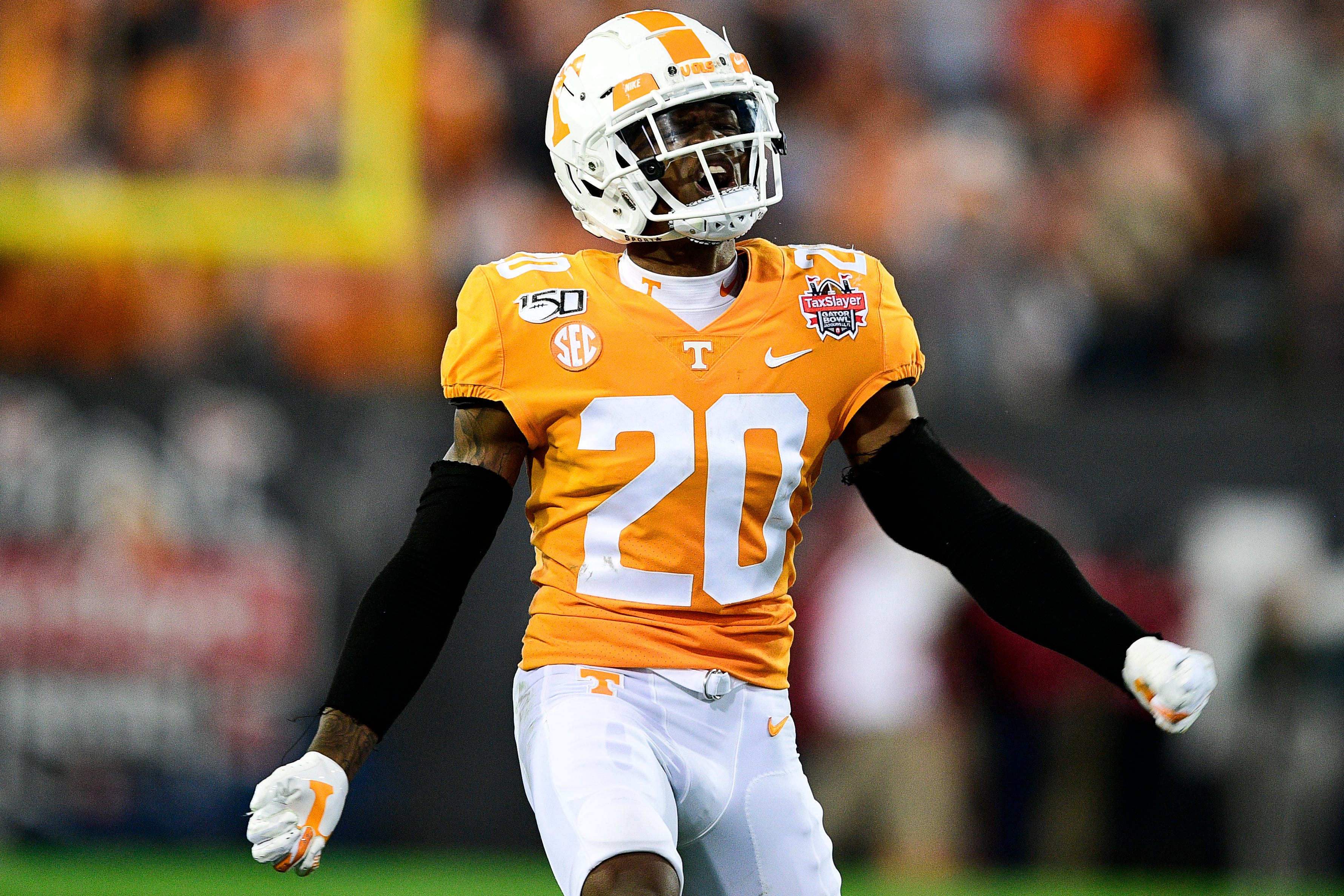 Bryce Thompson will make history for Tennessee football in 2020.

The Vols cornerback posted on Twitter on Sunday that he will wear No. 0 this season for Tennessee, becoming the first player in program history to don the number.

Thompson wore No. 20 in his first two seasons at Tennessee. He also wore No. 3 during preseason practices in 2019.

The NCAA Football Rules Committee recommended in February that zero be added as a legal uniform number to “respond to the popularity of single-digit numbers.”

“We do recognize that there’s this excitement and desire for student-athletes to wear a single-digit number,” said Steve Shaw, secretary-rules editor and national coordinator of officials. “We anticipate that there’s going to be a lot of excitement for who’s going to be the first player to wear zero at their institution.”

Thompson is expected to be one of the standouts on Tennessee’s defense in 2020. The junior from Irmo, South Carolina, has started 20 of his 22 career games in two seasons.

The 5-foot-11, 185-pounder did not allow a touchdown in 325 coverage snaps in 2019, according to Pro Football Focus College. He tied Tennessee’s school record with three interceptions against UAB on Nov. 2.

“Bryce is everything,” linebacker Henry To’o To’o said after Thompson’s career day. “He is elusive. He knows what a receiver is going to run. He studies his film. He is a dawg. Bryce is a dawg. …

“You saw it (Saturday). Bryce is making the best of each opportunity he gets out there.”

Thompson was suspended for the first three games last season after a preseason arrest on a charge of misdemeanor domestic assault. The charge was dismissed Sept. 23, just days after Thompson made his season debut at Florida.

Thompson started 10 of 12 games as a freshman. He tallied three interceptions, seven pass breakups, four tackles for loss, one sack and one forced fumble during his first season.

Thompson was named to the Freshman All-America team by the Football Writers Association of America in 2018 and named SEC All-Freshman.

The former South Carolina commitment was a late addition to UT’s 2018 class.

Mike Wilson covers University of Tennessee athletics. Email him at michael.wilson@knoxnews.com and follow him on Twitter @ByMikeWilson. If you enjoy Mike’s coverage, consider a digital subscription that will allow you access to all of it.