The charges in the case against Tennessee defensive lineman Darel Middleton have been dismissed, according to online court records.

Middleton had been scheduled for an August court date stemming from his February arrest on misdemeanor charges of domestic assault and public intoxication.

“He is an excellent student-athlete, and all charges against Mr. Middleton have been dismissed,” Gregory P. Isaacs, Middleton’s lawyer, told Knox News when contacted about the case.

Middleton, 23, faced allegations that he twice shoved his girlfriend to the ground, causing her to scrape her knee. He was arrested after an officer responded to a call at 2:44 a.m. Feb. 29 for an incident that allegedly occurred in an alley behind Walgreens on Cumberland Avenue. 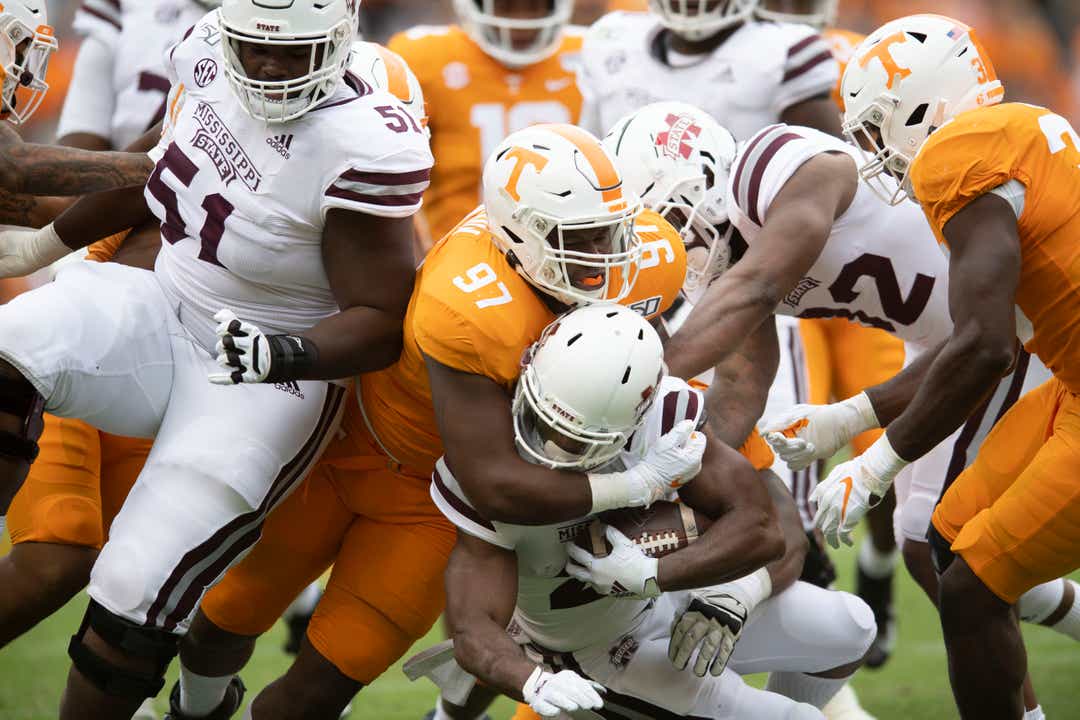 When police located Middleton at The Standard at Knoxville apartments, near Cumberland Avenue, he smelled of alcohol and had “blood shot eyes and slurred speech,” the arrest warrant stated.

Middleton apologized in a note he posted on Twitter on March 2.

“I am learning to take responsibility for my actions,” Middleton wrote. “No matter what my intent may have been, I was wrong in my actions. I have come to realize that alcohol was an influence on my actions. Alcohol is not a problem for me in regards of how much, how often, etc.

“I realize it is a problem if it can cause me to act in a way (that is) not in my best interest. For that, I am seeking Alcohol Counseling.”

Middleton made his initial court appearance in March. Days later, he participated in spring practice. Tennessee had just two spring practices before they were halted because of the COVID-19 pandemic.

The 6-foot-7, 305-pound Middleton is a junior-college transfer who played in high school at Oak Ridge. He played in all 13 games last season, including six starts, during his first season with the Vols. He figures to again be a prominent piece on Tennessee’s defensive line.

In 2018, he made 29 tackles for East Mississippi Community College and helped lead EMCC to an undefeated national championship.

Middleton made 28 tackles last season and blocked an extra point against Kentucky, a play that proved important to the Vols’ 17-13 victory.