The Tennessee high school football season amid the COVID-19 pandemic has arrived, with the first games scheduled to be played on Thursday.

Here is a season preview from A to Z.

A is for Alcoa: Alcoa, which is coached by Gary Rankin, the state’s all-time leader in wins with 439, has won five straight Class 3A state championships.

B is for Briningstool: Jake Briningstool, a Ravenwood tight end, is the state’s No. 1 recruit for the Class of 2021. He committed to Clemson in January and helped Ravenwood reach the Class 6A state championship game in 2019. 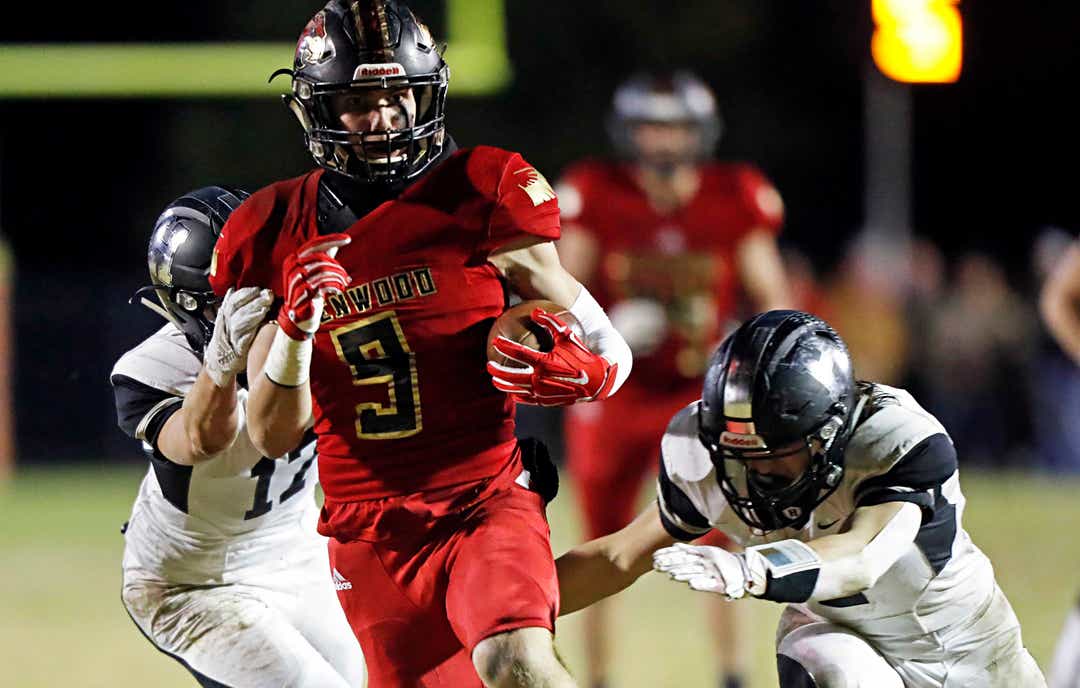 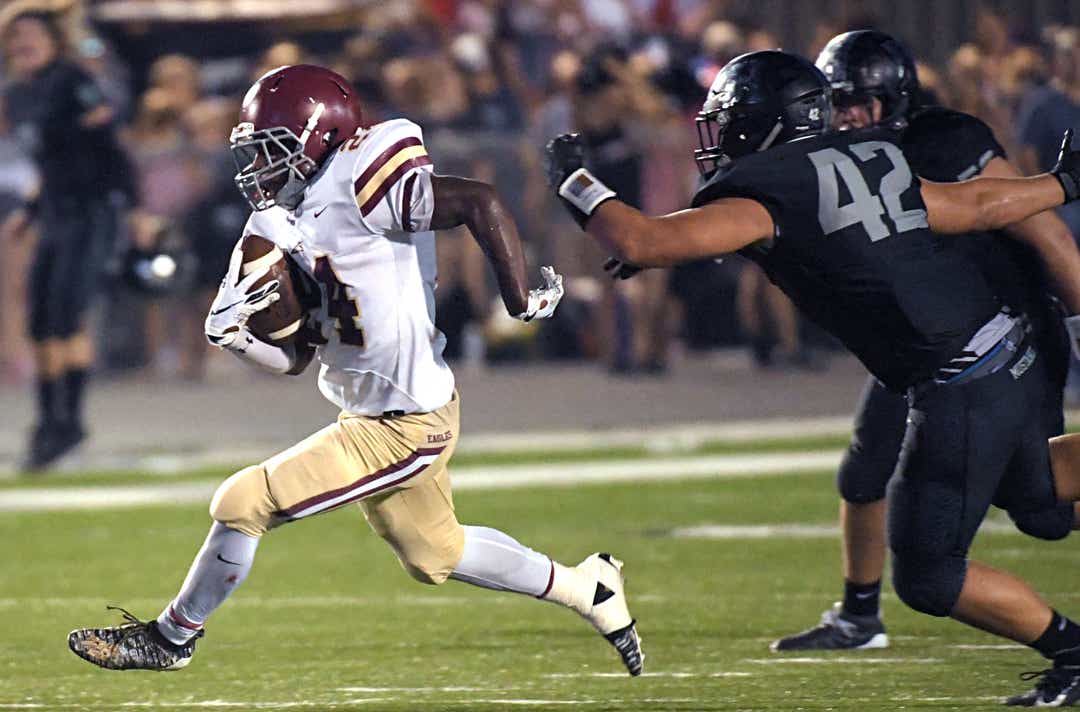 F is for Fortner: Can twins Kalib and Liam Fortner, who are Army commitments, lead Knoxville Central to its third straight Class 5A state championship?

G is for Greeneville: The Greene Devils will be led by Eddie Spradlen, who is Greeneville’s third coach since 2018.

H is for Hunt: Jalen Hunt, McMinn County’s running back and a Western Carolina commitment, rushed for 1,728 yards and 14 touchdowns in 2019.

I is for Isaiah: Knoxville West senior running back Isaiah Mattress was the Region 3-5A running back of the year in 2019, rushing for 1,107 yards and 13 touchdowns.

J is for Jordan James: The junior running back transferred from Brentwood Academy to Oakland. James rushed for over 1,000 yards in 2019.

K is for Kody: Athlete Kody Jones, the state’s No. 5 prospect for the Class of 2022, has transferred from Class 2A Fairley to Class 6A Germantown, which went 2-9 last season.

M is for masks: Every school in the state must require fans and spectators to wear masks at games this season. 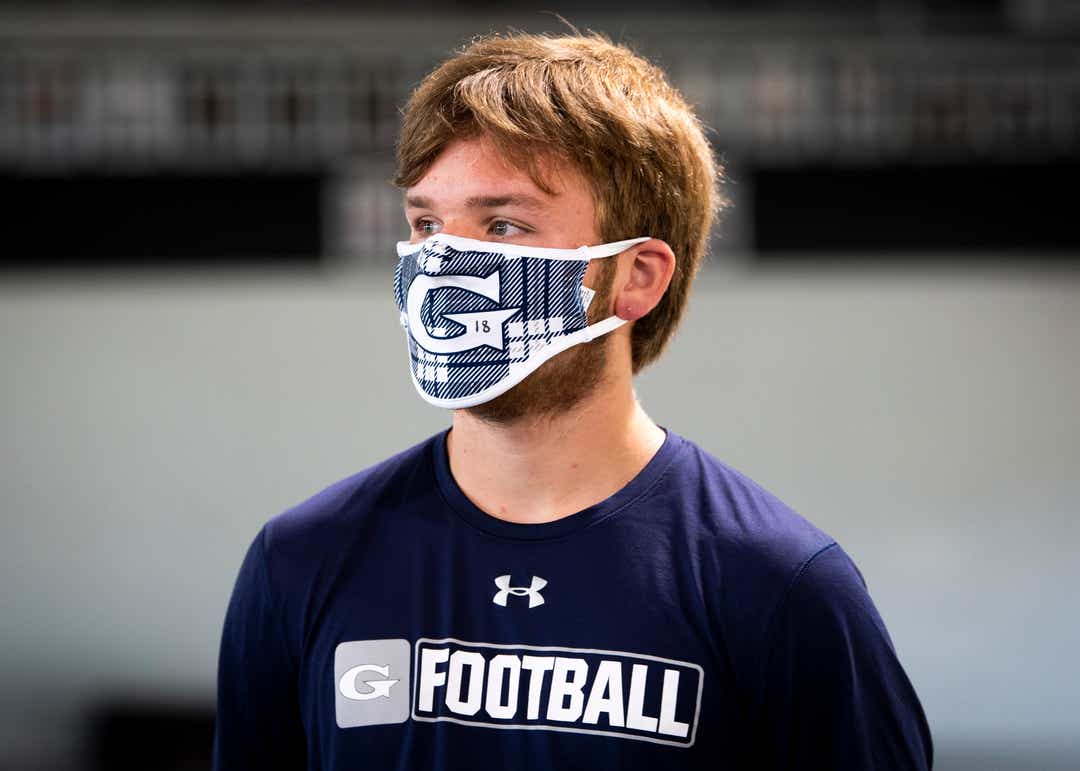 O is for Oakland: Will Oakland face Maryville in the Class 6A semifinals for the seventh straight season?

P is for Peabody: The Golden Tide have won two straight Class 2A state championships and have the state’s longest active winning streak at 23 games.

Q is for Quenton: Quenton Barnes, a 6-foot-3, 195-pound athlete at Cane Ridge, is the state’s No. 7 prospect for the Class of 2021. His top five college choices are all SEC schools, including LSU and Tennessee.

R is for Ravenwood: The Raptors reached the Class 6A championship game in 2019 but lost to Maryville. Ravenwood last won a state championship in 2015, beating Maryville.

S is for Simpson: Westview junior quarterback Ty Simpson is the state’s No. 1 recruit for the Class of 2022. The four-star prospect has offers from all 14 SEC schools.

U is for undefeated: Last season, Elizabethton (Class 4A), Lake County (Class 1A), Maryville (Class 6A) and Peabody (Class 2A) went undefeated as each one won a state championship. How many undefeated state champions will there be in 2020?

V is for Victor: Victor Stephenson, Oakland’s senior quarterback, will take over the Patriot offense after being used in Wildcat situations last season.

W is for Walter: Walter Nolen, a five-star prospect, is the No. 1 defensive tackle and No. 3 overall prospect in the Class of 2022. The former Olive Branch standout transferred to St. Benedict over the summer after a brief stint at IMG Academy.

X is for Xaylyn: Xaylyn McKinnie, a 6-foot, 160-pound WR/CB for Riverdale will be a key senior on both sides of the ball after catching 21 passes and adding three interceptions in 2019.

Y is for Yarbrough: Reid Yarbrough led White Station to a 7-5 record in 2019, his first season as coach.

Z is for Zion Rucker: The Smyrna senior defensive lineman is a three-star prospect and has offers from Kentucky and Vanderbilt. He is 6-foot-4 and weighs 300 pounds and will also start on the offensive line.