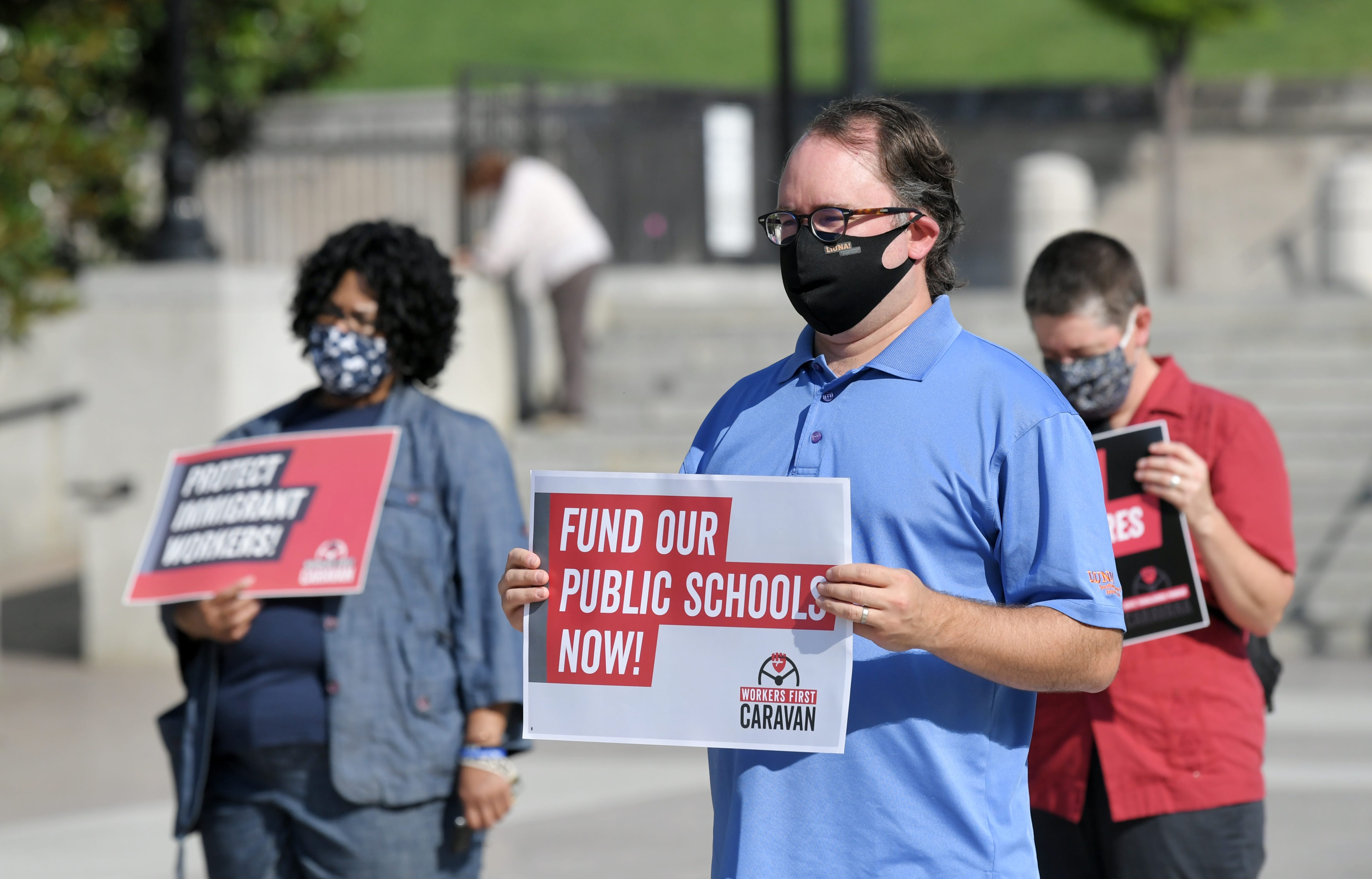 With Tennessee lawmakers back in Nashville this week for a special session, among their highest priorities is a COVID-19 liability bill that left the House and Senate bitterly divided two months ago.

This time, Gov. Bill Lee’s office was more involved, introducing a bill that marries elements touted by both chambers.

On Friday, House Majority Leader William Lamberth, R-Portland, introduced HB 8004, Lee’s liability legislation. Lamberth is carrying the legislation on behalf of the administration, a common practice in the legislature.

The measure contains much of what was considered when the House and Senate fought over a similar bill during its June session, but there are minor changes.

Overall, the legislation seeks to provide businesses, schools and others specified protection from lawsuits over COVID-19. One of the main changes pertains to grandfathering in lawsuits that have been filed since the start of the pandemic.

Proponents of liability legislation, including the state chapter of the National Federation of Independent Business and the Professional Educators of Tennessee, say it provides necessary protection from frivolous lawsuits.

Critics, including Democrats and a group of protesters at the Capitol Monday, say there are more pressing COVID-19 matters to address.

The liability bill is one of three measures lawmakers will discuss in the special session.

When the House and Senate considered a COVID-19 liability bill in June, one of the main disagreements was over retroactivity. The Senate version of the bill wanted the protections to extend back into early March, when the state had its first confirmed case of COVID-19.

The House said including a retractivity in a bill raises constitutional questions.

The latest version of the bill is a compromise.

Under the current version, any lawsuits already filed or in the process of being introduced prior to Aug. 3, when the governor called for a special session, would be grandfathered in.

That allows lawsuits such as those filed against businesses, including the Gallatin Center for Rehabilitation and Healing, to continue. Any plaintiffs who file new litigation would need to adhere to the parameters outlined in the bill.

Plaintiffs would need to file a verified complaint certified by a doctor in Tennessee or its surrounding states affirming the client’s claim.

The groups protected in the current legislation are less specific.

The current bill eliminates language about whether federal or state COVID-19 guidelines should be followed. In the June legislation, organizations were protected if they followed public health guidance from the president and federal, state or local governments and officials. In Lee’s latest version, the requirement to adhere to such public health guidelines is removed.

On Monday, the chairmen of the House and Senate committees expressed optimism about the bill’s odds of being approved.

Sen. Mike Bell, R-Riceville, said the governor’s bill was a “good starting point” but there may still be changes.

“I believe it is a little weaker than the bill that we passed in the Senate,” he said.

Bell pointed to the retroactivity component, saying if its inclusion raised constitutional questions before, those issues remain under the latest bill.

“It’s a constitutional issue if you go back one day or a hundred days,” he said.

Bell said despite the issue, he would ultimately support and vote in favor of the legislation.

“We all want to make sure that innocent folks who are out there trying to help Tennesseans return to some semblance of normal are not subject to frivolous lawsuits,” he said.

Curcio said he remains hopeful the two chambers will be able to agree on the bill in the coming days.

“This is a fair bill and a good bill that is going to address the concerns from businesses about reopening,” he said.

Several workers’ rights advocates gathered at the state capitol Monday morning to protest the bill and demand enforceable regulations that ensure Tennessee businesses will comply with guidance from OSHA and public health experts to lessen workers’ risk of contracting COVID-19.

“This bill does nothing to protect the hundreds of thousands of Tennesseans that have been going to work throughout this pandemic,” said Judith Clerjeune, policy manager for Tennessee Immigrant & Refugee Rights Coalition Votes.

“Instead, this bill will let employers off the hook for callously exposing their workers to COVID-19,” she said.

Most health and safety guidelines rely on the voluntary cooperation of employers. Without workplace standards specifically pertaining to COVID-19 safety measures, the Tennessee Occupational Safety and Health Administration cannot issue citations for complaints specifically related to the disease.

From March 1 through June 30, TOSHA received at least 537 complaints from Tennessee workers alleging unsafe working conditions due to their employers’ failure to abide by COVID-19 safety guidelines.

TOSHA issued 358 citations during the same time period for violations discovered during inspections, though none of these violations were violations that would lead to employees contracting work-related illness, according to the state labor department.

Clerjeune, a Haitian immigrant whose parents worked as essential workers in Nashville during the pandemic, pointed to outbreaks at food processing plants as the result of the government’s failure to create and enforce adequate policies to protect workers.

Many of those working in front line positions are minorities, putting those workers and their communities at disproportionate risk for contracting COVID-19, she added.

“At what point do we have to stop being top politicians and start being human beings?” Kelly asked. “This is uncalled for. This cannot happen.”

Nora Cooper, a bartender and server in Nashville, said she went to work a few weeks ago feeling sick. She informed her managers, who told her to finish her shift and continue training a new hire. She was tested the following Wednesday.

“On Thursday, I was told to come back to work without my results, still symptomatic,” Cooper said at the press conference. “Friday morning, I received a positive test result for COVID-19.”

Cooper’s managers informed some of her direct contacts and sent some of her coworkers home to quarantine. Since then, three of Cooper’s coworkers have tested positive for COVID-19.

“We (as workers at risk) deserve at least, at least, as much attention as the hypothetical potential lawsuits filed against a business, because what we’re facing is happening every day, and it’s already happened,” Cooper said. “It doesn’t just feel like we’re on the Titanic and we’re not being offered a lifeboat. It feels like we’re being asked to keep the party going.”

Want to read more stories like this? A subscription to one of our Tennessee publications gets you unlimited access to all the latest politics news, podcasts like Grand Divisions, plus newsletters, a personalized mobile experience and the ability to tap into stories, photos and videos from throughout the USA TODAY Network’s 261 daily sites.