After switching back and forth three times on the state’s policy on the matter, Lee said on Aug. 20 he would reach out and work with federal officials, including those at the Department of Education, to see what information can be shared.

At the time, Lee said he wanted to be as transparent as possible while providing privacy and following federal law.

Transparency: Lee says state now working with feds on how to report data on COVID-19 in schools

Schwinn declined to comment on whether people should expect more specific data to be released.

Currently, the state is publishing daily reports of the number of cases among school-age children by county, broken down by total cases across the pandemic and by new cases reported over the last 14 days. The data is not broken down further by school district and therefore does not reflect whether the reported cases are among students who are attending in-person class or whether there are clusters at particular schools. 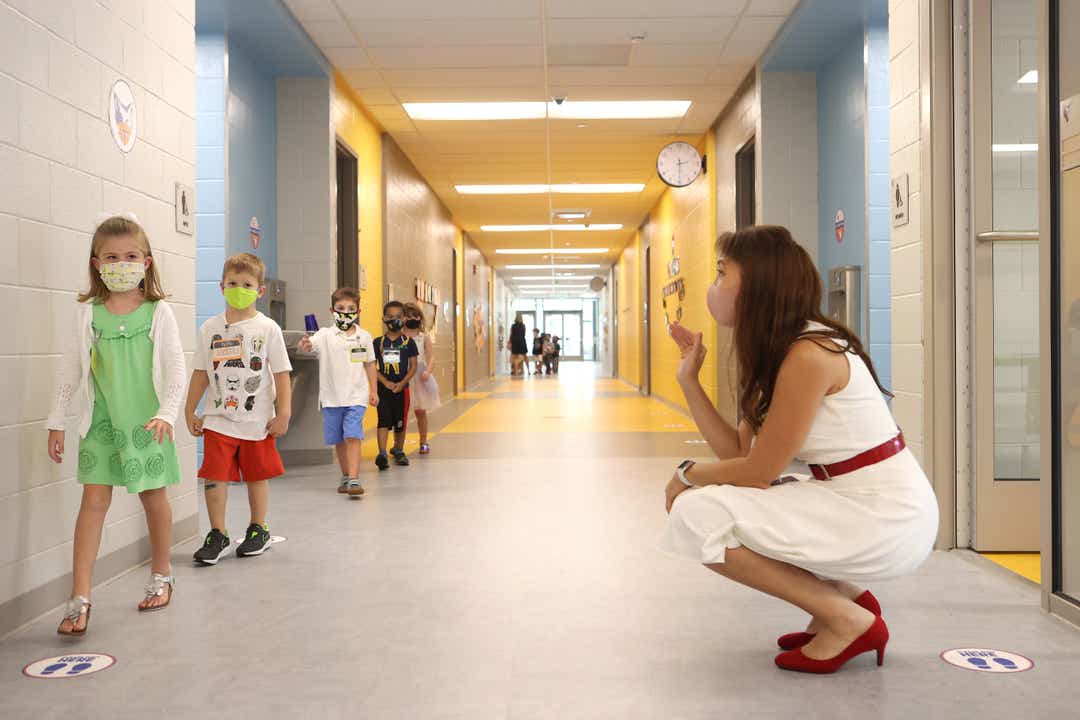 “I’m going to let the governor make that announcement. But we are continuing to work really, really closely with the Department of Health and feel encouraged about the direction we’re moving,” Schwinn said Wednesday while touring Forest Hill Elementary School in Germantown.

Data shows that at least 1,964 cases among children aged 5 to 18 have been reported across the state over the last two weeks.

In Shelby County, officials said on Aug. 25 the health department would “regularly distribute” the number of cases among children across school district lines “in an effort to expand the information about any potential spread in a school district.”

No such report has since been distributed to media.

Schwinn toured schools in Memphis Tuesday and Wednesday, potentially facing a no-confidence vote at the end of the month. Criticism from legislators came to a head recently regarding a wellness program that Schwinn since rolled back.

“This no-confidence vote and everything, I’ve been hearing that since last January,” Rep. Mark White, R-Memphis and chair of the House education committee, told The Tennessean in a recent interview. “I hear that kind of talk all the time. It’s nothing particularly new right now.”

White and Schwinn had plans to meet this week while Schwinn was in Memphis.

“I think Chairman (Mark) White was very clear that’s (a no-confidence vote) not happening, but we will continue to work with the legislature very closely,” Schwinn said Wednesday.

At the end of the Wednesday tour at Germantown’s newly-constructed Forest Hill Elementary School, Schwinn said it set the standard for the entire country in what reopening should look like.

“I literally could not think of anything else they could do. So if we’re thinking about opening schools, it should look like this,” she said. “They’ve done a beautiful job.”

Schwinn said she would continue to “strongly encourage” the federal government for additional school funding for other school districts to be able to reopen at the same standard.

“It is more money, certainly, to have all of the different spacing and technology that’s needed, but when it’s done well, as you can see here, schools can open up in person and safely, and instruction can stay at the level that we’re seeing here,” she said.

She deferred to the health department concerning comment on Shelby County Schools’ recent announcement of requiring a 14-day period of single-digit case increases before reopening. The county has never met that standard over the course of the pandemic.

Despite many students choosing to return in person, mayors of Shelby County’s municipalities, along with Shelby County Mayor Lee Harris, followed Shelby County Schools Superintendent Joris Ray in petitioning for a pause on TNReady testing this spring.

“The biggest case against standardized testing this year is that nothing is likely to be standardized,” the letter said.

Schwinn said she is working with the legislature on the TNReady decision.

“But what I will say is that we feel like we have to know where our kids are,” she said Wednesday. “And the assessment conversation is about knowing where our kids are. Conversations around accountability and what you do with that information are completely separate.”

Laura Testino covers education and children’s issues for the Commercial Appeal. Reach her at [email protected] or 901-512-3763. Find her on Twitter: @LDTestino