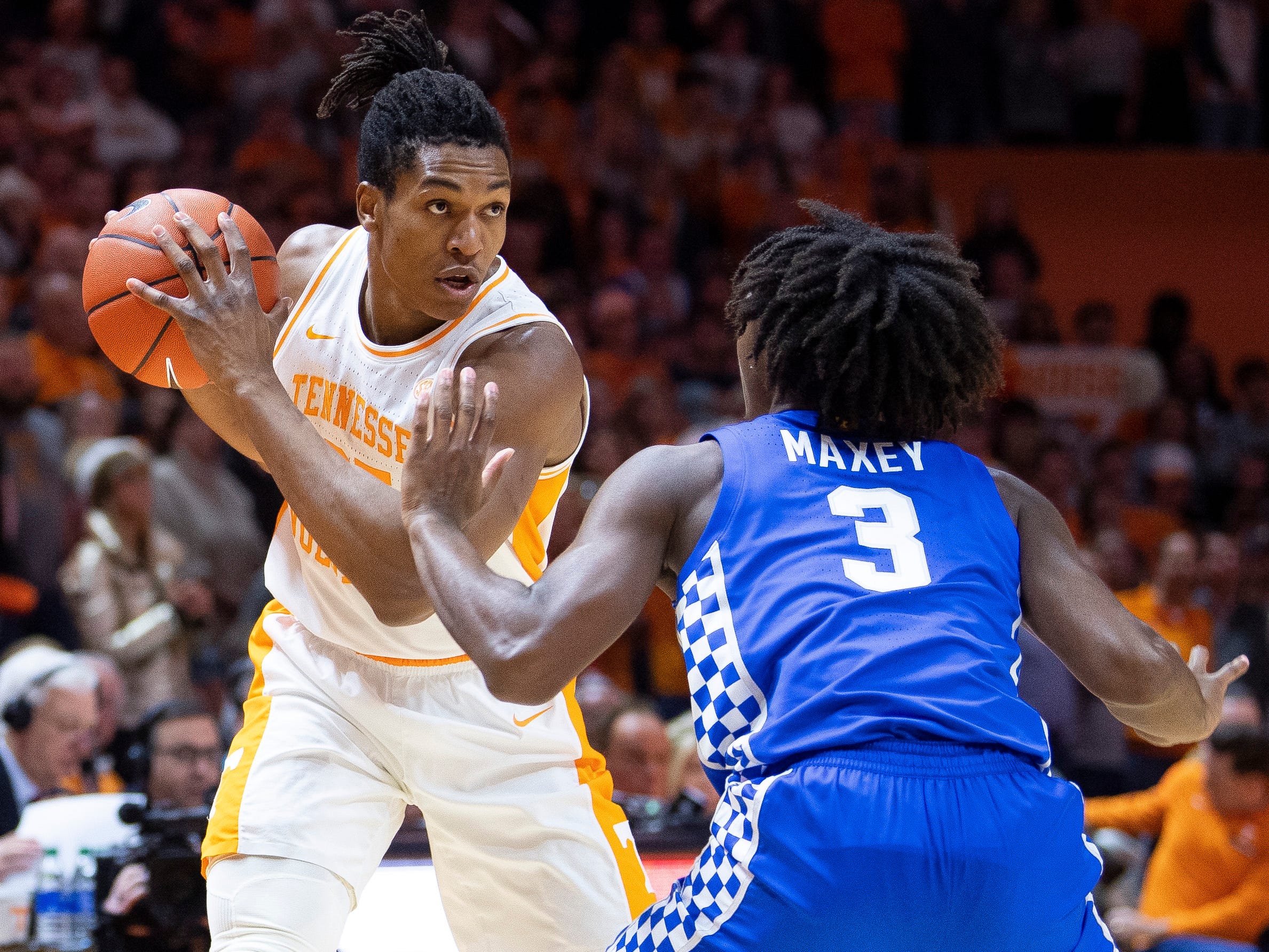 Yves Pons didn’t know what to do.

The Tennessee Vols forward spent months going through the NBA Draft process, which was nothing like he expected due to the COVID-19 pandemic. He had battled the virus in late June, giving him time to think through his decision while in two-week quarantine.

Still, Pons’ decision was unsettled when he woke up on Aug. 3, the deadline to elect either to return to Knoxville for his senior season or remain in the NBA Draft.

“We didn’t have all the information we needed to make a clear decision,” Pons said. “That’s why it was really hard. We didn’t know what could happen, what would happen. …

“My decision was based on the uncertainty that COVID brought to the table (in the process). It kind of messed up everything.”

Pons spent the final day getting last-minute feedback from the NBA and his agent. Hours before the deadline, Pons opted to return to Tennessee.

“That’s why I’m here. I came back for that. To show people that I can do more. I can take my game to another level.”

Pons won the SEC Defensive Player of the Year award during a breakout junior season. He tied the Tennessee single-season record with 73 blocks, while averaging 10.8 points and 5.4 rebounds and shooting 34.9% from 3-point range.

He entered the NBA Draft on April 25 and locked on one thing above the rest: He wanted to figure out where he would best develop his game in the next year. He considered all options.

The NBA process was drastically altered due to the pandemic. The NBA combine was delayed indefinitely, while the draft moved from June 25 to Oct. 16. The pandemic meant he could not work out for NBA teams, which he felt he needed to do improve his stock from the second round to the first round. He had approximately 15 interviews with NBA teams, but got no guarantee he would be drafted.

Most importantly, it was unclear if there would be a G-League to play in for players like Pons who might not settle onto an NBA roster immediately.

“(Teams) told me I would spend a lot of time practicing with the team,” Pons said. “But at the end of the day, we need to play basketball.”

The Fuveau, France, product explored playing overseas for a season before revisiting the NBA Draft in 2021. He viewed it as a “serious option.”

“With the COVID-19 here, the country is not having it under control with less cases,” Pons said. “Overseas, they know they are going to play basketball at some point and going to have a season because they have the cases under control.

“It was a serious thing to consider and it was financially a good thing, too, to go play over there.”

As the deadline neared and the uncertainty around his options at the professional level mounted, Pons weighed returning to Tennessee. He said Wednesday he wants to earn a national defensive player of the year award, but is more interested in winning a national championship.

He felt supported by Tennessee’s coaches throughout the process, crediting the group with helping him get information. Without any clear information from the NBA, returning to Tennessee emerged as Pons’ decision.

“I think this year will give him a chance to walk into the NBA through the front door,” Vols coach Rick Barnes said on Aug. 24. “I believe that. The growth he has made and will continue to make, he works. He has a chance to really be in that league for a long time.”

But first Pons is focused on his development for one more season at Tennessee.

“The development part was really on the top of my head,” Pons said. “I could have done it in the NBA or here. But knowing there is a lot of uncertainty about the season going pro, I knew coming back here, we could have a season and could have some coaches to be here and the facilities would be open to develop my game. For me, that was the best option.”

Mike Wilson covers University of Tennessee athletics. Email him at michael.wilson@knoxnews.com and follow him on Twitter @ByMikeWilson. If you enjoy Mike’s coverage, consider a digital subscription that will allow you access to all of it.