A teenage mom accused of killing her 15-month-old daughter was back in court Friday, this time on felony murder charges.

Sullivan County Criminal Court Judge James Goodwin arraigned Megan Boswell on a 19-count indictment in the December 2019 death of her daughter, Evelyn Mae Boswell. Arraignments are brief proceedings held to ensure defendants know what they are accused of and that they are represented by counsel.

Megan Boswell, 18, now faces 19 charges in the death of her daughter, including felony murder and aggravated child abuse.

Sullivan County District Attorney General Barry Staubus told Goodwin Friday he has not yet decided whether to seek “enhanced punishment” — life without parole or the death penalty — in the murder case.

If Staubus does not file notice of an intent to seek either life without parole or the death penalty in the case, Boswell will face a life term with possibility of parole after a mandatory 51 years of prison time if convicted.

Boswell’s defense attorney, Brad Sproles, has filed a motion to have the case tried outside Sullivan County, arguing pretrial publicity surrounding Evelyn’s disappearance and the subsequent investigation has poisoned potential jurors against her.

Goodwin set a Dec. 3 hearing on that motion. 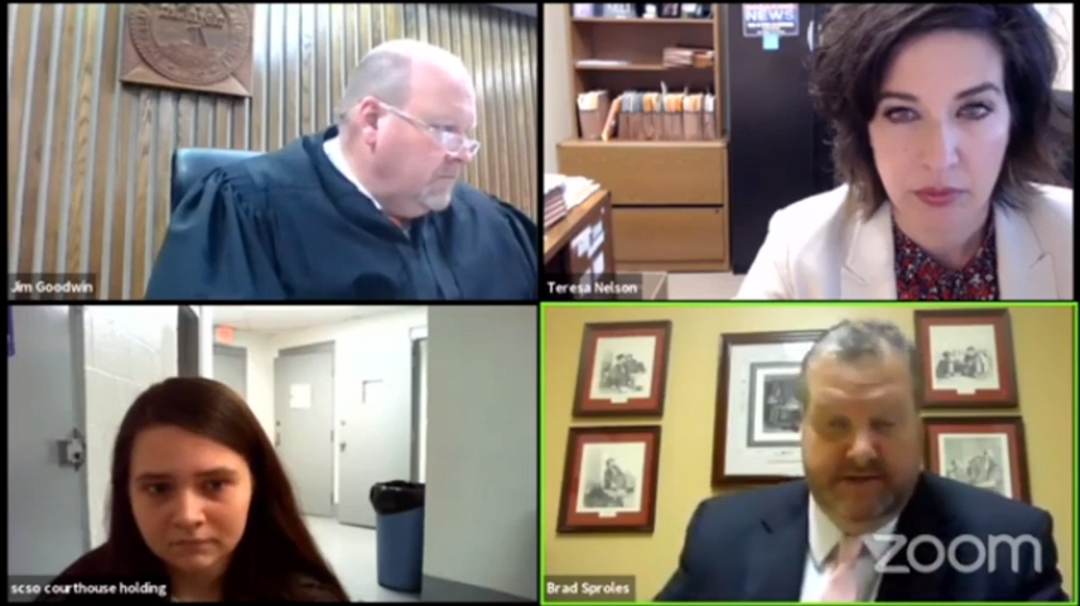 “General, do you think you’ll have your decision made by then (on punishment)?” Goodwin asked Staubus.

Details of slaying still under wraps

The indictment against Boswell — served up by the grand jury earlier this month — does not offer details on how Evelyn died or an exact date of her death. It lists the date of death as “on or about December 2019.”

She’s also accused of a dozen counts of lying to various law enforcement agents, including detectives with the Sullivan County Sheriff’s Department and agents with the Tennessee Bureau of Investigation and the FBI.

The indictment alleges Megan Boswell abused her daughter’s corpse — a charge typically leveled when a body is moved and hidden in some manner. Evelyn Boswell’s body was discovered in March hidden in a shed owned by Megan Boswell’s father, Tommy Boswell Sr., at the Boswell family compound off Muddy Creek Road.

Evelyn was born in November 2018 to two teenage parents — Megan Boswell, then 17, and Ethan Perry, then 19. Perry had joined the military a year earlier after graduating high school.

Megan Boswell was living with her father and two younger siblings at the Boswell family compound off Muddy Creek Road in Blountville at the time of the birth. Megan Boswell’s mother, Angela Boswell, 42, was in jail on drug-related charges when Evelyn was born.

Tommy Boswell Sr., who operates a paving company from the family compound, reported Evelyn missing in February. He told authorities he had not seen the child since early December 2019. He has never publicly explained why he delayed in reporting his granddaughter missing but denies any role in her disappearance and death.

Megan Boswell, on the other hand, made a slew of claims that authorities now say were false, including blaming Perry for the child’s disappearance and insisting her mother had taken the child to a Virginia campground. She was jailed, accused of filing false reports.

Both were arrested — accused of failing to pay for the car in which they were traveling — but later told Sullivan County authorities they knew nothing about Evelyn’s whereabouts.