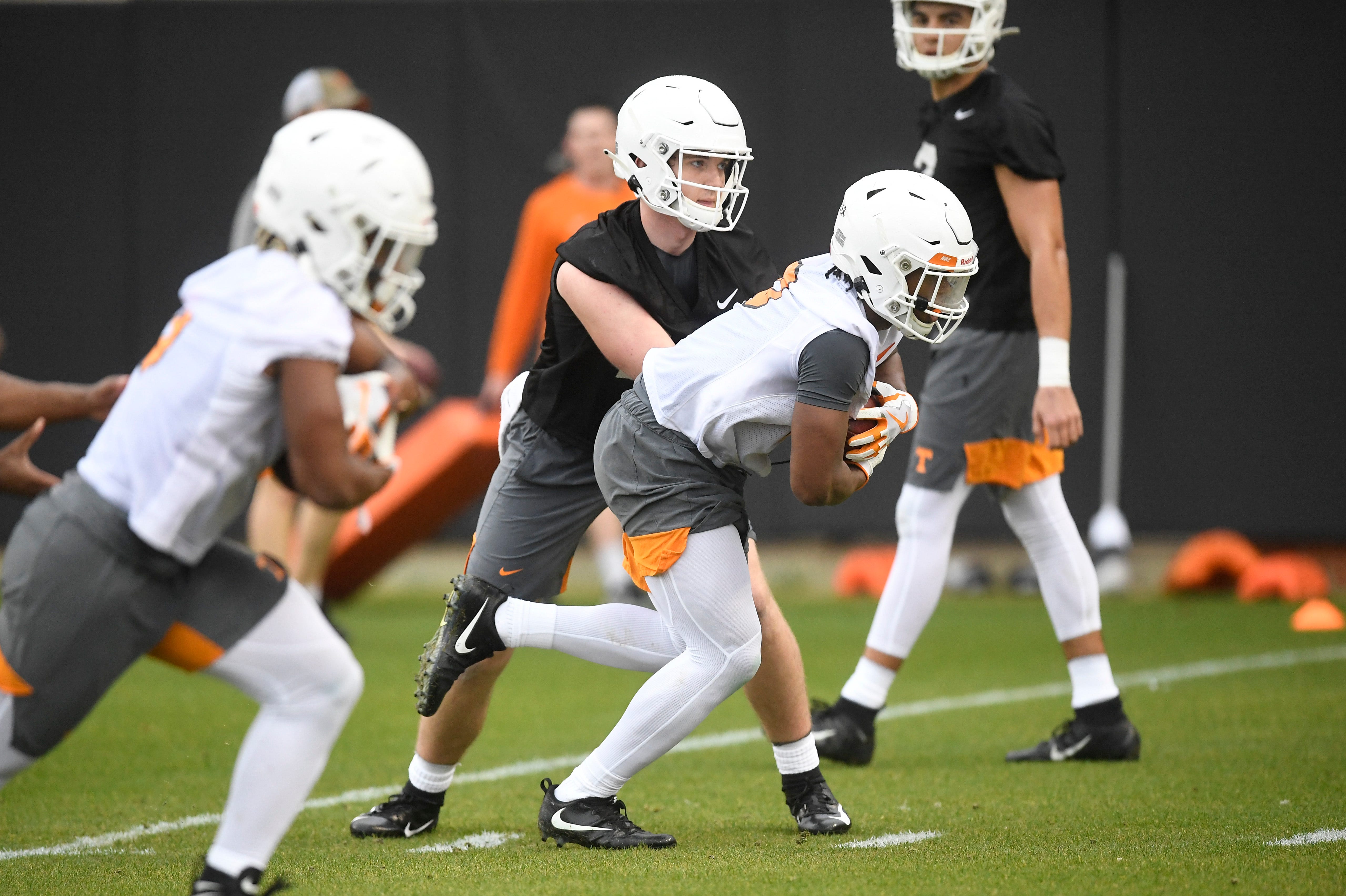 The Vols are set to practice again on Saturday, their fourth of the week.

Pruitt said Monday, after Tennessee’s first practice, that “a few” players did not participate and were quarantined because of COVID-19 protocol. Bailey is among them.

Pruitt didn’t specify whether Bailey tested positive for COVID-19 or was quarantined because of contact-tracing protocol.

Bailey, a four-star prospect from Marietta, Georgia, is the highest-rated quarterback to sign with Tennessee during the Pruitt era. He enrolled early and participated in two practices before the spring session was shut down because of the pandemic.

Guarantano, a 25-game career starter, is the favorite.

Freshman defensive back Tamarion McDonald will redshirt this season after undergoing shoulder surgery in the summer.

Pruitt said he hopes to have McDonald, who played at Whitehaven in Memphis, back for winter workouts.

Tight end Austin Pope is progressing toward being ready for the Sept. 26 season opener against South Carolina after he had offseason back surgery on a herniated disc. Pope has practiced this week.

The Christian Academy of Knoxville graduate is the most experienced of Tennessee’s tight ends. He has played in 33 career games, including 14 starts. Although not heavily involved in the passing game, Pope played an important role last season as a run blocker and in pass protection.

Pruitt said offensive lineman Trey Smith will be a more regular participant in full-contact portions of practice than he was last season.

That won’t take much. Smith earned first-team All-SEC honors as a junior despite having just two full-contact practices, while he followed a specialized medical and practice plan. Smith followed that plan because he was diagnosed with blood clots in his lungs in 2018, and a subsequent lung issue cut short his sophomore season.

“He definitely will be doing more than he did last year,” Pruitt said, adding that Smith will be a full participant in “several practices” throughout the preseason.