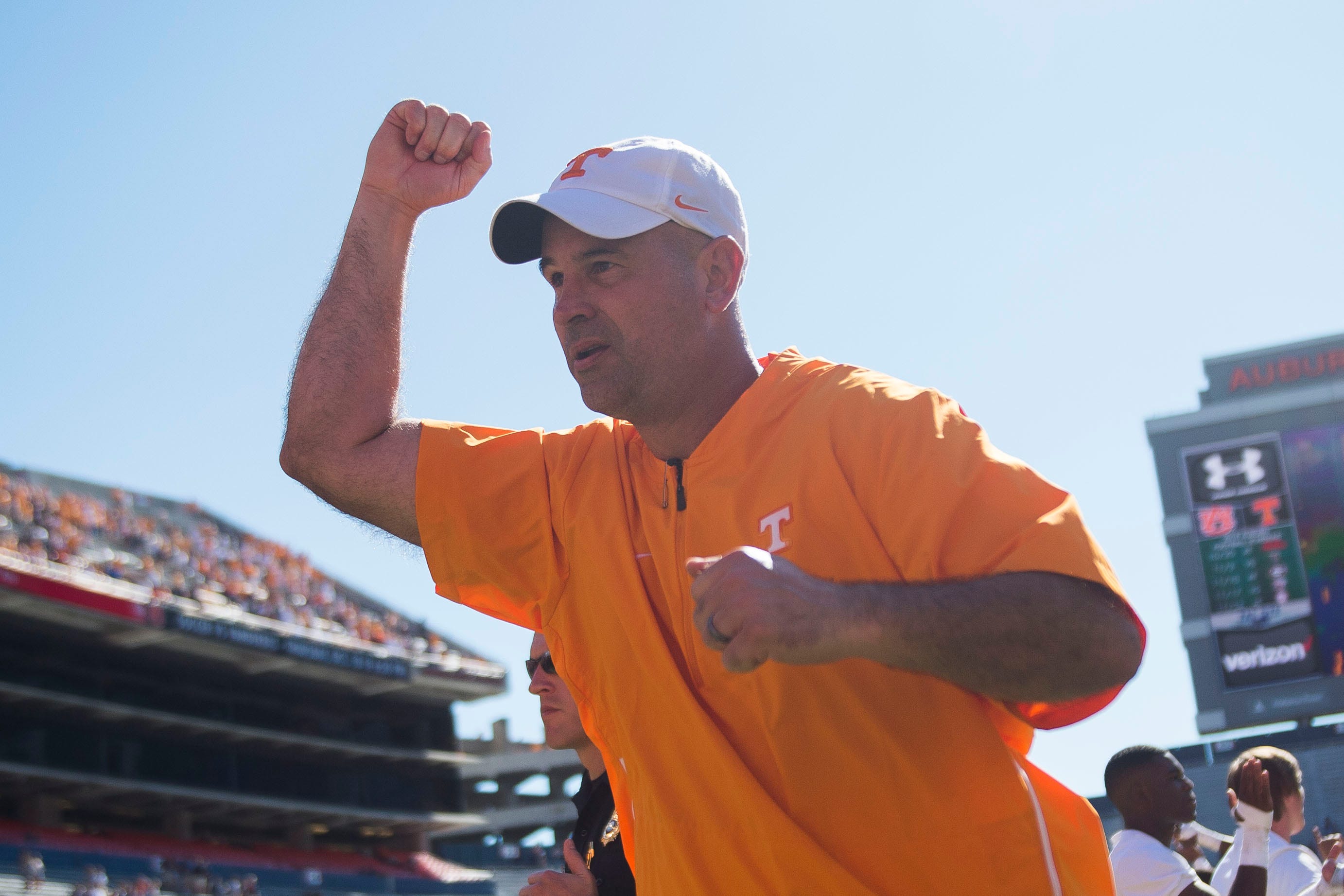 Coaches will need to be nimble-minded this season while navigating the uncertainties of player availability each week because of the COVID-19 pandemic.

Austin Peay encountered such a scenario Saturday during the first game of the 2020 college football season. All three of APSU’s long snappers were unavailable, leading to a couple of botched snaps on punts during the first half.

Rather than continue with the failed quest to punt from a traditional formation, APSU interim coach Marquase Lovings changed strategies and had the center snap to the quarterback, who punted from the shotgun.

If such creativity is required during a Tennessee Vols game this season, Vols coach Jeremy Pruitt thinks he’s well-prepared to handle the situation.

“I feel like if it gets to that point, my high school background would probably create an advantage for us,” Pruitt said Tuesday after his team’s eighth preseason practice.

Pruitt was an assistant coach at Alabama high schools for nine seasons before breaking into the college ranks.

High school coaches are accustomed to moving a player to a different position at a moment’s notice.

An injury to the starting quarterback might mean shifting a wide receiver to quarterback. A talented defensive player might be moved around from play to play.

That’s life when the depth of talent on a high school team isn’t the same as you’d find on a college roster. And that’s life in 2020 if a position group is quarantined on game day.

“We’ve definitely talked about, ‘Do we need an emergency guy at certain positions?’ In fact, I just actually talked to our team about that,” Pruitt said.

Tennessee features several players who have experience at multiple positions. For example, linebackers Quavaris Crouch, Jeremy Banks and Aaron Beasley all have played running back. Multiple linemen have experience on each side of the ball. Wide receiver Jimmy Holiday signed as a quarterback.

Tennessee has had at least 25 players test positive for COVID-19 since the team returned to campus in June. Pruitt canceled Friday’s practice after “a few” positive tests within the team. Players underwent another round of testing before returning to the practice field on Saturday.

“When we tested, we felt like we were in pretty good shape,” Pruitt said, “so we went ahead and practiced on Saturday and again (Tuesday).”